© Richard Boon/BBC Advertisement – Continue Reading Below There are few things that have made life better for Liam Gallagher over the past few years than his obsession with the Beatles. Not only have… 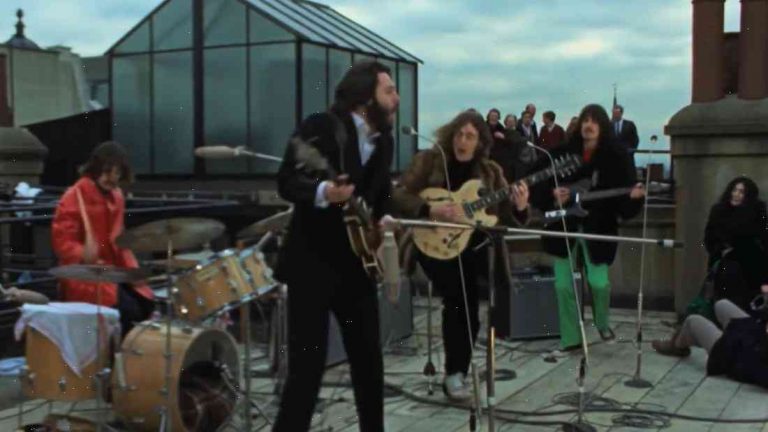 There are few things that have made life better for Liam Gallagher over the past few years than his obsession with the Beatles. Not only have his band Oasis spearheaded the 10th anniversary of The Beatles: Rock Band and a deal to release a new collection, But If You Loved Me… The Very Best of The Beatles, but he now has a BBC game of his own in the works.

In 2005, Gallagher remixed more than 80 tracks from the band’s official archives for a live CD/DVD release, and now the Beeb is delivering a new Beatles video game. But if you think this is just a pointless gimmick to promote new material from the band (as Dave Sitek has argued on Twitter), expect a lot more to come from Liam as he attempts to tackle these classics – and defy people’s expectations of what a Beatles video game could actually be.

The Beeb is working with Felixstowe Studios on ‘The Beatles: Get Back’, a “radical new musical experience featuring original musical arrangements by playwright Johnny Mercer” based on a “new format” of the Beatles’ music. Fans will be able to pick up the game through Xbox Live, PSN, Apple TV, Smart TV and even Windows 10.

In addition to the live album-style album tracklisting (eight tracks from Please Please Me, The Ballad of John & Yoko, Let It Be, Magical Mystery Tour, the Psychedelic Sessions and Hard Day’s Night), each track will feature scenes, live playing or film footage that matches the musical content. How he hopes it will “shock and awe” fans is not yet known, but we know Liam is a big fan of game-making (The Bedfordshire accent alone makes us want to play his new game) and he has almost enough time to finish making ‘Get Back’.

It is obviously too early to predict how the results will turn out, but what it is abundantly clear from Liam’s audio reports that are peppered throughout the Beatles web pages is that he has an immense amount of knowledge and passion for the Beatles, as well as a range of passion for different aspects of music. You won’t hear anything here which hasn’t been heard before, but the focus here is on creating new musical arrangements, rather than just retelling the song in a traditional form.

Expect the album tracklisting to read something like: “Lead guitar parts: lead guitar parts.” How Liam might approach the songs is another matter entirely. The obvious things – Get Back (along with Rubber Soul and Revolver) are featured in the documentary, so it’s reasonable to assume that it’ll feature prominently in the game. But it’s probably asking a bit much to expect Liam to beat Abbey Road in terms of historical accuracy (and he’s hardly a guitarist, either).

He does have a track on the game that has been two years in the making, but they’ve really only just finished it – and ‘Alligator’ certainly resembles ‘Strawberry Fields Forever’. Those who love ‘Strawberry Fields’ love it for the particularities and quirks of its certain composition, rather than its title. This is one instance where Liam should not have rushed it, because it’s gone from being one of the finest examples of McCartney-led rock to little more than a vague approximation.

‘Get Back’ sounds like it will be similarly interesting. There’s a reason it’s been 23 years since it was recorded; it’s difficult to imagine a musician putting it together as accurately as Liam could when you’re trying to streamline the material into eight songs. Throw in details from Johnny Mercer’s interviews and production reports and viewers will get the full picture of what went into creating these timeless classics.