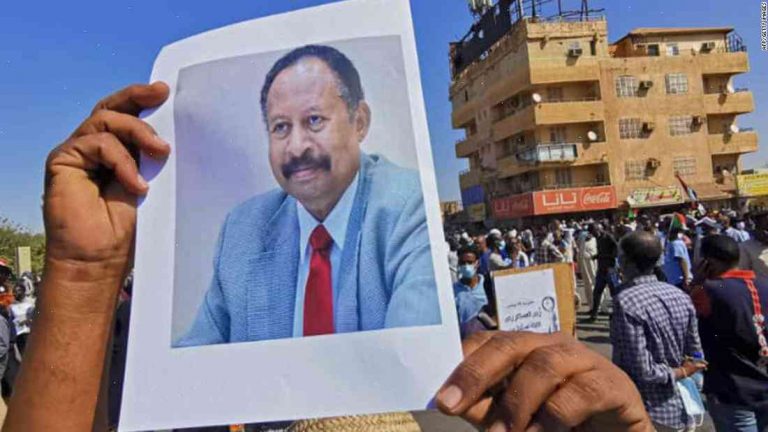 Sudan’s military chief and the ousted prime minister on Friday met to agree on a plan to hold a referendum on the country’s federal form of government as part of a government reshuffle backed by the military to put into effect the outcome of April’s national elections.

The details of the talks, published by SITE Intelligence Group, were not immediately available.

The compromise plans, expected to be reached on Saturday, will see the previously ousted prime minister, and the military chief, work as co-prime ministers for Sudan until the referendum, scheduled for mid-2019, is held in six months.

Rights groups and residents have expressed concern over what they have described as partisan bias by the military-backed ruling party, which has dominated the government since independence in 1956.

They also have voiced alarm at the detention of opposition party officials, including former justice minister Osman Elbeirdi.

Government critics and members of the Sudanese Professionals Association, which has staged protests in the past year in response to austerity measures implemented by President Omar al-Bashir, were arrested on suspicion of trying to sabotage the election and are being held incommunicado.

Activists said the government has been holding demonstrators at secret locations, and that some were forced to sign oaths or written confessions. A former police commissioner for the Kauda region said he was forced to sign a confession when he was arrested for protesting in solidarity with demonstrations elsewhere in the capital.

Khalid Muhammad said the government pressured activists across the country to sign the confession.

“After my public protest in Khartoum, people were forced to sign the document,” Muhammad said. “I have nothing to hide.”

Efforts to reach the government for comment were unsuccessful.

In a statement released from his office in Khartoum, Defense Minister Awad al-Assi accused activist of being “dozens of pro-terrorist cells operating in the country” that seek to “undermine national security and impose an independent, anti-security agenda” in Sudan. He did not name the groups.

The Sudanese Professionals Association welcomed the meeting as an encouraging sign.

“We expect full implementation of this step by the leaders and recognize the will of the people to give their consent to the referendum,” the group said in a statement.

Since 2011, Sudan has been mired in years of civil war, sparking massive refugee crisis in South Sudan and many years of economic turmoil in Sudan. The conflict broke out in the northern region of Blue Nile and Sudan’s Kordofan and South Kordofan states.

Since 2013, fighting in the war-torn Darfur region has escalated. The current South Kordofan conflict erupted after rebels seized the state capital, Kadugli, in January 2017. The Darfur conflict started after rebels took up arms against the Sudanese government in 2003. Tens of thousands of people have been killed and more than 2 million have been displaced.

Multiple peace deals were reached between Sudanese government forces and rebels in Darfur, but the agreements never came into effect, as each side refused to submit to the terms of the deals. The unrest has continued and thousands of people have been killed in the four years of conflict in Darfur.

Al-Bashir, who was first elected president in an independence referendum in 1956, has been in power since then.

U.S. lawmakers have been working to convince the Trump administration to cut off aid to the Khartoum government until it ends its deadly crackdown on anti-government protesters and makes meaningful reforms, including addressing the country’s endemic corruption and human rights abuses.

More than 170 people have been killed in nearly two years of protests in Sudan, including 91 last month after demonstrators clashed with security forces across the country.

Al-Bashir has repeatedly vowed to carry out reforms that will “deliver the country” to democracy.