John Rice: What’s next in the evolution of airlines 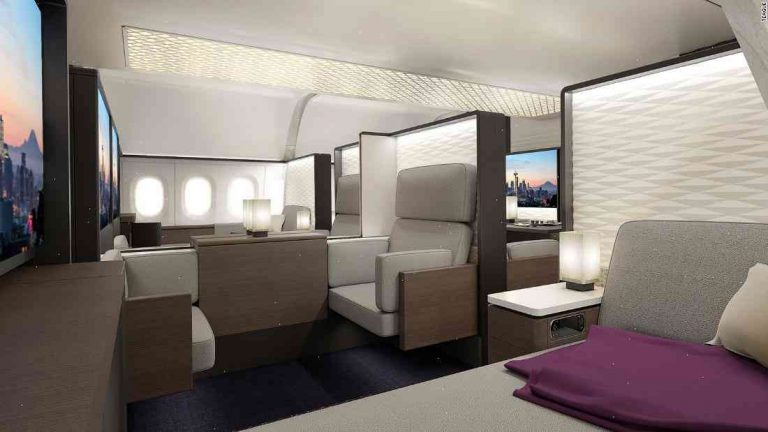 Written by By Sarah Pacheco, CNN

John Rice, the senior vice president and chief marketing officer of American Airlines, has seen a lot of changes in the airline business, but he says the drastic increase in the number of electronic devices allowed on planes – more than a thousand for each airline in the US alone — is one of the biggest changes he’s seen.

With the new rules allowing passengers to check in items as large as iPads, Rice believes they have also solved a conflict that could have caused violence or fires in confined spaces.

He spoke to CNN about how the new rules are making for an exciting experience for passengers, whether you fly first or business class, and what’s next in the evolution of airlines.

CNN: “We have a business class, we have a coach class and we have a two-class premium ticket,” he said.

“So basically we have two different classes of service. What the IATA (International Air Transport Association) decided to do is create a specific tier for e-device users and we’re moving towards a third class as well. You’ll be in business or first class, but your device will be a main and end class.”

CNN: “We’ve seen these types of devices before. Two decades ago you could not even bring an iPod on an airplane. Now the passenger doesn’t even notice — he or she is able to carry all these electronics in a way that I would say is not similar to carrying a pack of matches.

“What they’re able to do is stream audio and video and keep doing it. So it has dramatically changed the cabin experience and we’re excited about it. A lot of passengers can not only entertain themselves but also entertain their families and friends.”

CNN: “I have no problem not realizing (that my iPad is still inside my checked baggage when I try to go through security). There was no thought process of how disruptive it would be to have devices lighting up during descent or above and around a lavatory. When did that occur and why did that occur? I believe the IATA decision — and others that have followed it — has actually made a huge difference in terms of passenger safety in the cabin.”

CNN: “Really, it was an underpassionate case of things happening in a room that they shouldn’t be happening. That’s why the IATA case is the perfect case. But it shouldn’t have happened.”

CNN: “We have a pilot in us and he and the flight attendants have a huge case of pleasure because they can show people the things in the aircraft they want to show them. The cabin crew can also keep passengers entertained. So it’s a win-win for everybody.”

CNN: “I think as the rules continue to change, people will find it a more enjoyable experience. So the passengers will pay more attention to the aircraft cabin. You can see aircraft interior designers doing that already. It’s a fun thing to design for, bringing things out of the cargo or cargo hold and showing the airline. The cabin will become more of a conversation in some way.”

CNN: “On the campaign (American Airlines) launched earlier this year, we had the idea that this was going to be the next billion-dollar industry in an era of billions of dollars going to one customer. That theme has only grown as we’ve launched the campaign — ‘The future is back’ — and asked passengers: what does the future look like for the airline?”

CNN: “In the announcement we had was that first and business class would be elevated. We don’t have the brand new Boeing 787s that everyone is talking about but these airplanes are more comfortable, they’re lighter, they’re more fuel efficient, we are offering more, and we believe it’s a better experience.”

CNN: “We’re expecting all carriers around the world to have these aircraft. Over time, we see these airplanes as being more relevant to our passengers and that they want this type of product. And what we’ve done is designed them using that. So, we can begin to integrate them into our fleet over the next couple of years, we should be delivering these airplanes by the middle of the next decade.”