It’s official: USC is taking over the world of finance and sports 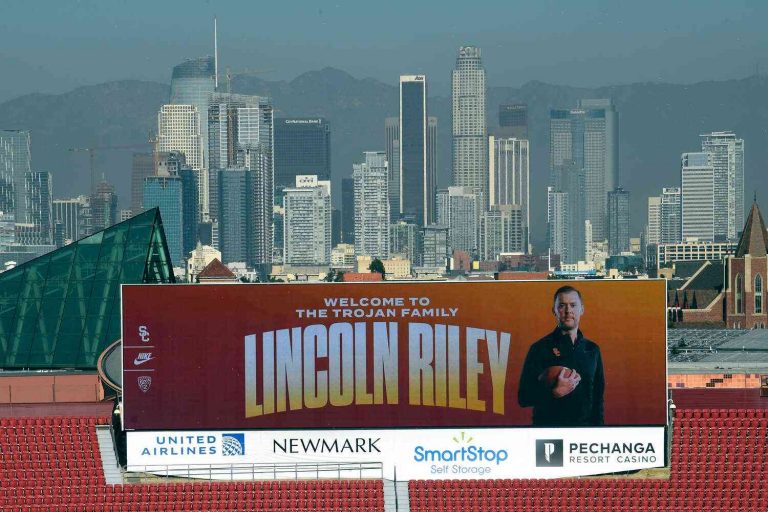 The Final Four Challenge has begun online at www.greatmanfacto.com. Each week, a series of NCAA Classic challenges is hosted at USC’s Mark F. Player Stadium in Los Angeles. The site combines sports trivia and finance questions, hosted by a “neighborhood game show host.” Two rounds will be featured each week. The first round is open to the public; the second round will be part of a college football fan conference being held this month at USC, where fans can visit and potentially win a $1,000 dollar prize.

Onsite at the stadium are “people from business, academic and entertainment backgrounds, who will contribute information about life in the U.S. at the present time,” a statement from College Football Playoff Executive Director Bill Hancock said. Hancock also noted that some of those contributing the information will be featured in the final round of the Challenge.

Students at USC are known for taking great interest in sports; many remain competitive and participate in team sports. For these students, the NCAA Classic provides a chance to take a different approach to assessing sports teams.

“Students here enjoy a higher level of engagement than most college students because we have such an entrepreneurial spirit in our culture,” USC President Max Nikias said. “This is also an opportunity for us to use our proximity to sports to attract potential students.”

The series of games offer trivia about major current events on a weekly basis, including topics such as the good news for the Bruins; the impact of President Trump’s trade tariffs on the U.S. economy; and the intrigue surrounding the mid-term elections in November.

“The objective is to engage young students, while simultaneously exploring a broader array of topics than that of any contest they have encountered,” said Maxwell Van der Ark, the research director of the graduate school of business’s Center for Technological and Scientific Ethics and a professor of political science and organizational behavior at UCLA. “And because of their mobility, young people are very likely to engage with and solve problems from real-world scenarios. The hope is that they will be attracted to careers in the sports and technology industries and, thus, become catalysts in a new era of public discourse on highly charged issues.”

Each week, an NCAA Classic Challenge topic will be identified using the URL URL.. The topics will be different each week.

“Because of the great variety and high caliber of public figures who will provide content,” he continued, “it is also a chance to expose students and others to a broader swath of ideas in topics that range from counterterrorism to the future of intelligent machines.”