This article is over 1 year old The $2.6bn (£1.7bn) initiative aims to reduce congestion by providing bus, subway and tram networks that last 10 minutes or less Plans unveiled for high-tech ’10-minute city’… 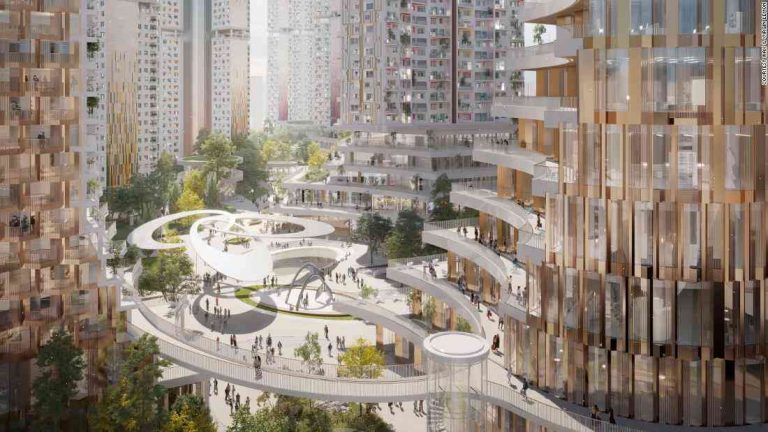 This article is over 1 year old

The $2.6bn (£1.7bn) initiative aims to reduce congestion by providing bus, subway and tram networks that last 10 minutes or less

The South Korean capital has revealed its ambitious plans for the first 10-minute city, a prototype named Koreatown, as part of an $2.6bn (£1.7bn) project to improve the city’s congested streets.

Of the 40 roads identified by Seoul in January as being problematic for 10 minutes or less, eight already have plans for replacement, Seoul’s metropolitan planning agency said.

Koreatown, built to resemble a Chinatown and featuring automated bus and subway stations, is a joint project of the city and the architect Sou Fujimoto. The initiative is not yet slated for completion, Seoul’s agency said.

Last month, the city received 88 applications to upgrade their roads for speedier movements, with at least 45 of them providing plans.

A low-speed crossing connecting the Green Line subway and the Exhibition Street bus station will be introduced.

South Korea’s city hall, backed by a growing coalition of local civic groups, plans to introduce incentives to encourage drivers to reduce traffic by making it more convenient to do so.

The city centre will have new bus rapid transit routes in the next decade, while a 30km underground extension of the Olympic cable-stayed bridge will allow “bus fast lanes” for buses.

The city hall estimates 80% of the city’s 16 million residents live within 10 minutes of the city centre.

The average daily commute in Seoul takes an hour and a half, the capital’s railway company said, noting that the average household income was $8,913.

The plan to reduce the congestion is part of Seoul’s urban renewal programme that aims to transform the city’s sluggish economy.

It’s official: USC is taking over the world of finance and sports