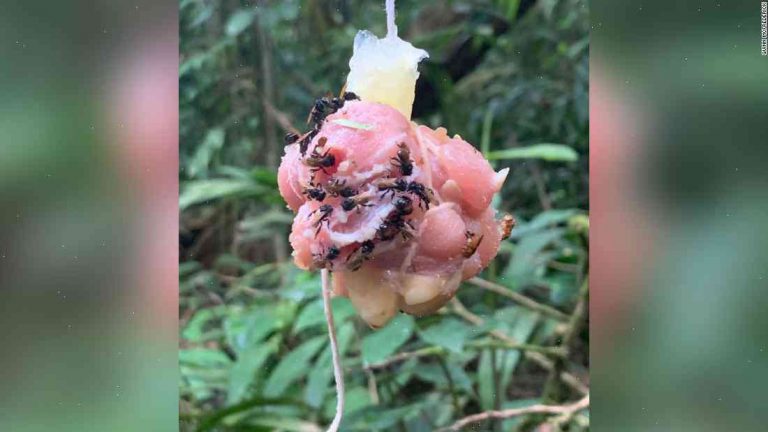 A group of flies that normally feed on fleshworms have evolved to build a special gut bacteria that would ease digestion when they were eating vertebrates.

The evolutionary changes to the gut bacteria of the meat-eating European hornbill (Hornenius mirabilis) and its flies have been revealed by a study published in the journal BMC Evolutionary Biology.

The insects evolved a necrogyrtic property that allowed them to detect and reproduce a plastic molecule in the stool of an incoming prey like a fly or carrion beetle.

Necrogyrtic plastic molecules are proteins that act as building blocks of a cell wall, and are necessary for any cell to carry out its job.

Using genomic data and DNA analysis, the study authors concluded that the European hornbill fly was the first of its kind to evolve the benefit of this trait. The ability to digest its prey allows the insect to transform from an agricultural animal, which feeds on grasses, to a mammal and almost instantly develop jaw muscles.

In its ecological niche between beetles and fly larvae, the insects feast on the small bowel organ of the carrion beetle, according to the study authors. At mealtime, they crawl onto the carrion beetle’s gastrointestinal tract and lay their small brains in the otherwise empty stool. The act appears to be as effective as that used by vertebrates in order to digested prey.