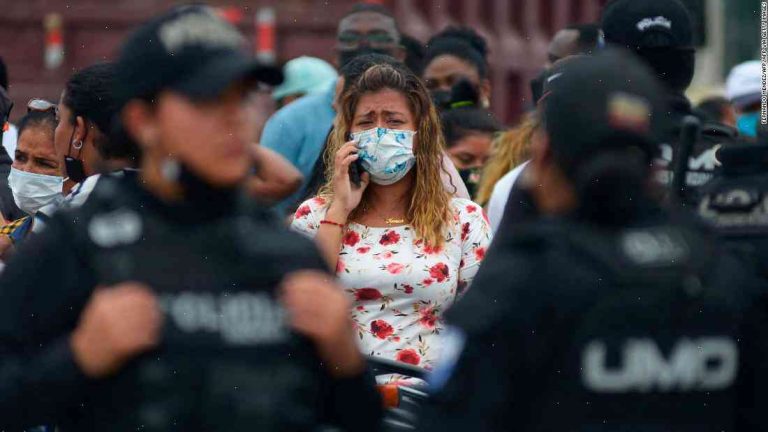 A group of 26 men and women were found dead in a prison in Ecuador after guards fought a rebellion last week, officials said.

The bodies of the men and women were found at the Jardines del Temuco prison in what President Lenin Moreno called a “unprecedented episode” during his television address Sunday.

“We have a situation that is of great dimensions, involving a revolt … a prison uprising,” he said.

Jorge Rodriguez, head of the National Police, said no members of the guard’s elite force had been injured in the fighting. The 23 guards were placed on paid leave following the riot that started on Aug. 27.

“I’ve been informed by the army that the uprising has ceased … our good news is that the riot is over,” Rodriguez said during the live speech.

Moreno has vowed to reform the country’s prison system, saying it is filled with corruption and that only human rights are respected.

Last year, a group of inmates broke out of a prison in northern Ecuador, killing 14 guards, Reuters reported.