PHILADELPHIA — Two women from a struggling Palestinian neighborhood in East Jerusalem said Tuesday that the Israeli High Court had accepted their lawsuit against an apartment complex planned for their homes, rejecting a proposal… 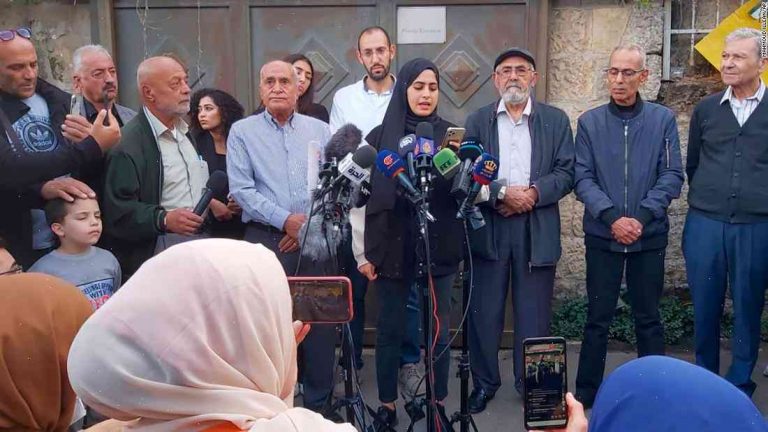 PHILADELPHIA — Two women from a struggling Palestinian neighborhood in East Jerusalem said Tuesday that the Israeli High Court had accepted their lawsuit against an apartment complex planned for their homes, rejecting a proposal by Israel’s capital and rekindling their fight against a planned demolition of their homes in the international spotlight.

The agreement ending the lawsuit was made by the families over the weekend, though news of the agreement was first reported Monday by Israeli media. The families denied that they had agreed to a major concession in the two-year legal battle to prevent the eviction of nine families from a cluster of two apartment buildings. But they applauded the response by the Israeli court and appeared to have lost any confidence that a compromise had been struck between them and the Israeli government and settler organization planning to rebuild the apartments.

“I don’t think there is a solution here. I think they’re just showing me a photo of what we’re supposed to be happy about,” said Khadija Gilboa, 68, a widow and mother of four who lived in one of the buildings with her son. “They’re saying that, ‘If you agree to the evacuation, we’ll come here and build the apartments for you.’ No!”

Earlier, Gilboa and her family read the correspondence outlining the agreement. After they left the courtroom, she spoke to reporters at the Palestinian-run courthouse while looking out the window at the Israeli embassy on her way out.

“The Israeli High Court has told us it wants to protect us. Who will give Israel protection?” she said.

Inside the courthouse Tuesday, the Israeli team arguing for the demolition and the effect the project had on the town’s residents, outpaced Palestinian activists’ families, led by Naser Abtul of the Israel land committee, as they held up posters and photographs showing the demolition of homes in the same neighborhood as the new development.