Politically incorrect comedian asks guests what they are thankful for ahead of her show at Barbara Walters’s gala Joy Behar, the co-host of ABC’s The View, provoked an outcry on Twitter after telling guests… 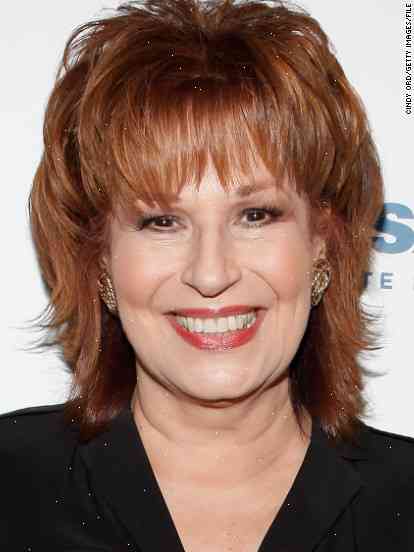 Joy Behar, the co-host of ABC’s The View, provoked an outcry on Twitter after telling guests on Tuesday that they should be thankful for being alive.

Joy Behar (@JoyVBehar) Attending my show tonight at @BarbaraWalters’ 21st #BarbaraWaltersWomen on #WomenInspire luncheon . I am thankful to be alive.

At her show at Barbara Walters’s gala of the Women in the World Festival in New York City, the politically incorrect comedian pulled no punches with her guests who had come to support her. She asked Christine Quinn, the former New York City mayor’s councilman, whether she had or would leave the city. She said she was “proud” to be a Democrat, and asked a business owner from New Jersey whether she was worried about being hit by a hurricane.

Joy Behar (@JoyVBehar) My name is Christine Quinn. I am one of the most qualified people in the history of the universe. I am not a JOY CHOHN!!!

Though she supported Quinn and the other speakers at the event, outraged viewers quickly took to Twitter to note her remark, sharing their disapproval.

christine xo (@QUEENYRTHAR) Do you think Joy Behar knows she is on the verge of being fired from being a team leader at The View? #BarbaraWalters

Hasselbeck was criticised in the past for making racial comments towards Michelle Obama, for the use of the word “retarded”, and for naming college commencement speakers as “very liberal, very funny”.

Joy Behar may be losing her job over @BarbaraWalters tweets, but only to fill time on The View pic.twitter.com/O0MTsuPCKK

Lisa Bloom (@LisaBloom) Another woman who wants to move to @TheView as a guest next month is now being quoted as “The Christian Koch.” pic.twitter.com/KSPKa8wKsW

One person tweeted: “This is absolutely disgraceful. However, it’s also funny. Joy Behar thinks she can pick and choose her issues. I’m sorry, but she does not get to pick and choose how to talk to a group of female politicians.”