Brooks Koepka Beats Bryson DeChambeau With the ‘hardest Hit’ in Golf: ‘Why? Just Put it on the Green!’

Dustin Johnson won The Open last month, but at the Hero World Challenge in California, it was his playing partner and one-time competitor, Brooks Koepka, who captured the biggest victory of his career —… 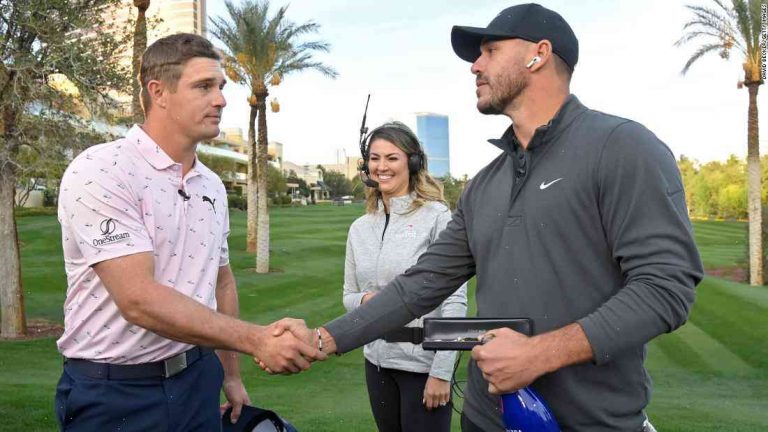 Dustin Johnson won The Open last month, but at the Hero World Challenge in California, it was his playing partner and one-time competitor, Brooks Koepka, who captured the biggest victory of his career — in a “The Match.” At the complex consisting of nine courses, Koepka and millionaire rival, Bryson DeChambeau, spent 1,038 holes competing against each other in a high-stakes tournament of knock-down drags.

But on Wednesday, it was Koepka who got the biggest endorphin rush, appearing on Good Morning America and rolling out his approach to the sport of golf by declaring that in any fairway the fistfight between he and DeChambeau, a mentor and fellow U.S. Open champion, would “guarantee, the harder you hit it, the more you’ll win.”

“When I hit that approach shot, I just wanted to spank Brooks,” Koepka said about his shot on the 18th hole at Sherwood Country Club, which “got me over the hump.”

Said Koepka, “I knew that it was going to come down to the end because I knew the strength I had in my approach shots, and that was the strength of the match.”

Although the rest of the match involved Koepka sending a series of shots into the trees, the reigning U.S. Open champion — perhaps feeling a fairway again — was also eager to say, “Brooks, I appreciate it. You did a great job. And you’re going to hell.”

In the original video, Koepka had pumped a fist after sinking the putt that gave him the win. He ended up needing 15 holes to prevail.

At the end of the day, Koepka said he had “won something. Something that’s special.”