(Reuters) – A missile attack on a mosque and a religious school in Yemen’s Saada province killed and injured 29 civilians, a local official said on Friday. The attack came hours after Saudi-led warplanes… 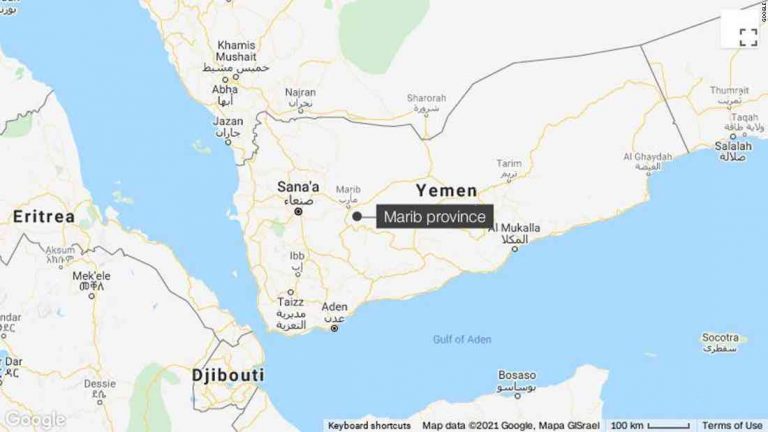 (Reuters) – A missile attack on a mosque and a religious school in Yemen’s Saada province killed and injured 29 civilians, a local official said on Friday.

The attack came hours after Saudi-led warplanes destroyed a house in the southwestern city of Taiz where two Yemeni rebel fighters were thought to be hiding.

Both attacks were carried out against Houthi-controlled targets. The rebels are allied with forces loyal to former President Ali Abdullah Saleh.

The strikes come ahead of a visit to Iran by U.S. Secretary of State Mike Pompeo, who may seek an explanation from the Islamic Republic for the missile attacks.

In addition to destruction, civil war in Yemen has led to the displacement of three million people and a cholera epidemic that has killed nearly 1,500 people. Aid agencies are unable to reach some of the most vulnerable because of a blockade imposed by Saudi Arabia and its allies.

U.N. Special Envoy Martin Griffiths will travel to the war-torn country next week for talks with both sides, U.N. spokesman Stephane Dujarric said on Friday.

The Houthis have taken control of much of northern Yemen since 2011, and have largely ignored a U.N.-backed peace plan reached in Sweden in February.

They also ignored a ceasefire and implementation of the peace plan reached in May in Oman.

Griffiths is expected to meet President Abd-Rabbu Mansour Hadi on Aug. 24, according to the United Nations.

Hadi fled the capital Sanaa in 2014 after the Houthis advanced on his stronghold. The conflict has killed 10,000 people, displaced 2 million and pushed the impoverished country to the verge of famine.