It’s not that the two places are irreconcilable. They have more in common than anyone would want to admit. The temperatures here are tropically-hot, the food is all pan-Asian, there’s a moderately-costly health club… 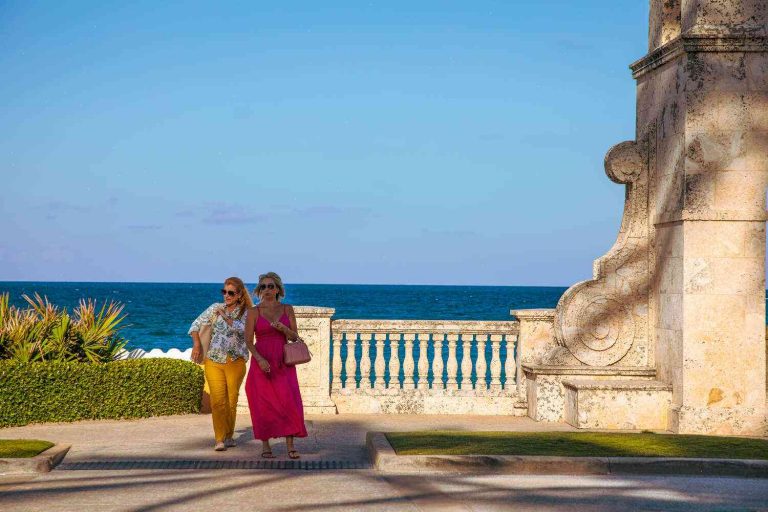 It’s not that the two places are irreconcilable. They have more in common than anyone would want to admit. The temperatures here are tropically-hot, the food is all pan-Asian, there’s a moderately-costly health club and there are streets named “Fried Chicken Row.”

But from Memorial Day to Labor Day, neither of these coastal capitals with their multimillion-dollar homes and country clubs is the place to linger, drink and shop; instead, these are places to escape. Don’t need your St. Barth’s or Martha’s or Whistler or Topanga in Siam. No such place exists. You can surf where the beaches go dark, party where the sexy bartenders wear Dolce & Gabbana shirts and play Hide-and-Seek with which young girls deliver these or that bottle of Champagne.

Palm Beach, a serene resort town of some 65,000 residents a few miles east of Miami, is the capital of the luxury market, one of the most sophisticated in America. Retail stores lining the beach are full of everyone’s favorite brands: Chanel, Miu Miu, Yves Saint Laurent. There’s even a Louis Vuitton store in the town center. Tents abut this garden of happy-looking people, but as soon as you’ve finished breakfast, you’re back on the beach.

Farther east on Federal Highway are Boca Raton, the home to the latest and the best of posh Central Florida. This city of 90,000 dwellers, reached by I-95, has a higher-than-average number of those living in town on medical or religious missions, and goes days without power. What you come to hear about, though, is luxury retail, restaurant and hotel openings and indulgences.

By February, Boca Raton has crowds lined up for the hottest new stores. By late spring, there are already fist fights. The southernmost of the Sunshine State cities, it is the place where you can move from Charles Dickens to Askinosie.

Out of competition for property, however, comes a husband-and-wife team, Michelle and Michael Levin, a South African couple who opened their first restaurant in South Africa almost 10 years ago. There are places on the west coast where, I’m told, the drives can be harrowing. But in Florida, they aren’t. South African blogger Jan Monaghan set out, after a trip in 1985, to visit all the main roadways from Cape Town to Miami — not so much as a town away. She ended up spending a couple of years in Boca Raton (which had reached prominence through its relationship with the Seagram liquor family, whose heirs have owned the hotel Seagram’s Palace), before moving to Melbourne. She takes her husband here, on their way back from an expedition to mountaineering.

In July 2011, Michelle Levin sold the whole holding for a reported $1 million, leaving it to be taken over by her brother. “I just wanted it to be someone with a long-term commitment to the business,” Levin says. “So after four years of working for my brother, it was a good opportunity to focus on my career in New York.”

The Lersens have left Boca Raton’s highest-end developers on Main Street empty. They focused instead on the destination strip (the Key West-like Palm Island is to its north) where an unencumbered Boca’s main draw remains its robust seafood restaurants, saloons and boutiques. Their main restaurant, Traviss, reflects its modern, simple Palm Beach address. A rectangular, black-and-white counter greets diners at the stools occupying the central dining area. Plates of fish, chicken and herbs are arranged on minimalist white plates, and white curtains billow in the background, keeping the room understated. This may seem all too unassuming, but the plating and service can be just as intimate as it is in a Boca Raton classic like Marche. On a recent Saturday evening, 90 percent of the seats were filled for a seven-course tasting menu.

After a weekend that barely featured sun and sea, I think I may be the only person in town who did not know what to expect. But after my first plate, we were over each other in a flash, with an engaging, chatty palate to match.

The story is in its third week. Seeks reader suggestions for hidden gems in New York.