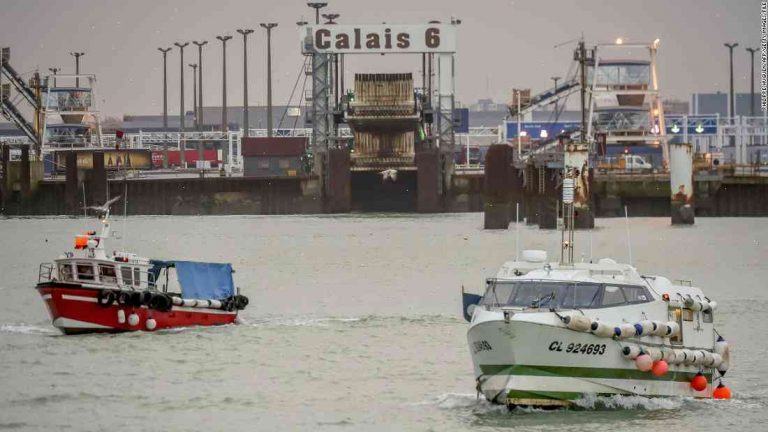 Flights from London to France will be disrupted during one of the world’s busiest ferry-and-train seasons if French fishermen block access to the Channel Tunnel during a protest at dawn Monday over the use of new fishing licenses.

French fishermen will protest along the Corniche, France’s longest sand beach on the Mediterranean coast, said representatives of the Collective of Fishermen of Jura and St Julien.

The Corniche is the main stretch of public beach along the west coast of France and used in summer for sunbathing and recreational fishing.

“(We) have heard by last night that (local fishermen) will block the Calais (Port) in protest,” said Hervie Thouvert, the secretary general of the Jura Fishermen’s Union, during a televised news conference.

However, Calais’s port authority insisted the site would be open for business at dawn Monday.

“No — as far as I’m aware (there is) no threat of blockades of the (Channel) Tunnel and Calais port,” said Michele Jorissette, a port spokeswoman.

Whilst the strike was to start at dawn, Eurexport, a joint organization between the European Federation of Ports and Port Authorities and the Paris-based International Organisation for Ports and the Maritime Transport, announced earlier on Friday that all ports would be open on Monday.

The affected area stretches almost 200 kilometers (130 miles) from Calais to nearby Lille, according to the Paris-based International Federation of Fisheries.

The fishermen, who represent 10 different fishing communities in the region and 35 different boats, argue the new licenses are no longer equal to the fishing access they previously had.

Their dispute hinges on whether French fishermen can still fish in protected offshore areas that the European Union imposed.

According to the fishermen, fishing licenses that were previously granted by the French Ministry of Agriculture are now being distributed by the French government according to a calculation formula which based on boat weight and the portion of each quota which the boats deviate from.

The Jura Fishermen’s Union says it is one of 20 groups around the world who have called on the European Commission to support a legal challenge against the new licensing system.