Nigeria has lost 3,000 homes in recent months due to flooding that followed rapid deforestation around the northern part of the country, officials said. With massive projects in the offing to bring electricity to… 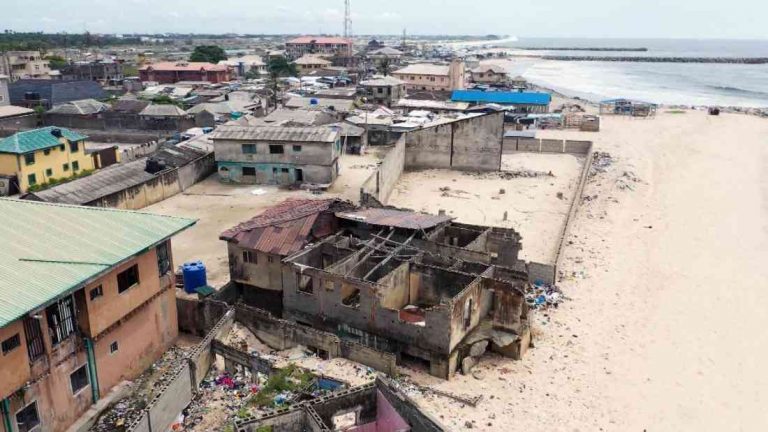 Nigeria has lost 3,000 homes in recent months due to flooding that followed rapid deforestation around the northern part of the country, officials said.

With massive projects in the offing to bring electricity to rural communities across the West African nation, officials fear the loss of more homes could spell disaster as major efforts are made to eradicate poverty and ease the power grid.

“We lose thousands of houses each year to erosion and flooding and if not dealt with proactively, the potential loss of lives and property during the rainy season is huge,” Oliver Okpara, head of social mobilization at the National Emergency Management Agency, told The Associated Press on Monday.

When rains fall in the central part of the country, he said, forest cover tends to be wiped out and areas typically flood in the months afterward. This has been confirmed, among other things, by field research.

Historically, Nigerians’ access to electricity has been hampered by instability and war.

In December, the International Fund for Agricultural Development (IFAD) earmarked $75 million to help Nigeria reach universal electricity by 2035. The country has set an ambitious goal to help end the practice of scavenging for water and fuel.

The high profile project will also aid the vast majority of people who lack electricity access for any length of time. It will provide services such as electricity, lighting, furniture and water purification.

Nigeria will be supplying equipment to Nigerians, facilitating training and programs and will create a fund to assist in solving problems that arise when communities have no access to electricity, said Calin Sueti, a management specialist at IFAD’s Rural Energy Program Nigeria.

He noted that Nigeria has grown into a major crude oil producer. However, the black gold means very little to those who have no access to electricity or clean drinking water.

“Electricity is the greatest resource and for most people who do not have access, access to electricity can bring life or death as well as many other sorts of social and economic benefits,” Sueti said.

During Nigeria’s rainy season, many parts of the country suffer serious flooding. The Sahel region, which includes Nigeria, saw 21 percent of the world’s global decrease in deaths between 2005 and 2010, according to a report by the World Health Organization. It noted that deaths fall below that of war deaths.

From 1999 to 2011, Nigeria suffered an average of 10.2 percent annual loss of human life to cholera, according to the WHO. Deaths related to water-borne diseases can be fatal for women and children.

Nigeria started a plan to address this issue in 2011, but the matter was not yet fully addressed, said Okpara, the emergency manager.

In spite of their many challenges, many Nigerians are excited about the future of electricity, he said.

“They believe electricity will bring jobs, income and advancement, he said. “They are willing to make sacrifices for something that will be in their lifetime.”