Throwback to Thanksgiving Weekend and feel the nostalgia

The Veterans Day holiday weekend provided viewers across the country with two long-overdue, extra hours of TV, and the things that captivated the senses included, among others, Disney Channel’s The Middle’s “Licorice Pizza,” History’s… 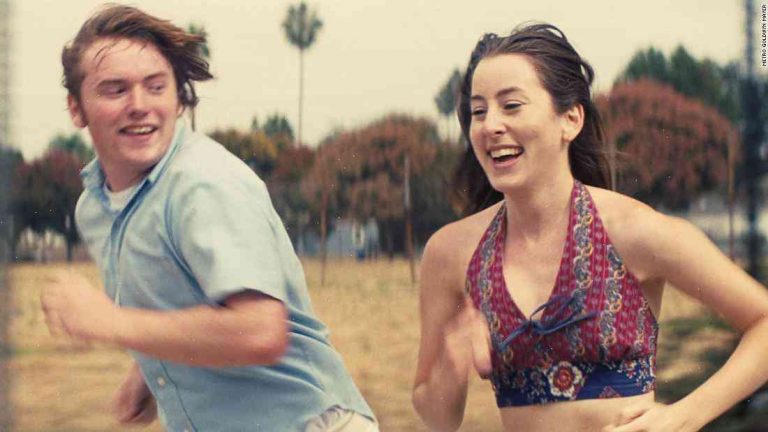 The Veterans Day holiday weekend provided viewers across the country with two long-overdue, extra hours of TV, and the things that captivated the senses included, among others, Disney Channel’s The Middle’s “Licorice Pizza,” History’s new Beatles special “Get Back,” and the legendary sets of “The Waltons” and “The Brady Bunch” all cropping up on the air.

The Beatles: Get Back, which runs from 11 p.m. on Thanksgiving night to the time the feed fades to black, began as an especially elaborate breakaway concept from The Graham Norton Show. (While “Norton” has a similar format to The Graham Norton Show, it features guests on all six slots during the special holiday weekend.) After the one-hour musical variety, Norton presented two extended musical episodes of his own show, including a performance by pop singer Adele.

The show airs as a reminder for all of us, that while the Beatles are mostly gone from this earth, they still hold the kind of fan affection that is hard to duplicate. That said, the only thing that’s as cool as the Fab Four is the single son on ‘The Cosby Show.’ https://t.co/LauY3swv9W — Jenn Richards (@JennRichards88) June 4, 2018

After a moment, the Beatlebot comes on. At 11:21 p.m. EST it releases its medi-box, and the world goes quiet. 😳#TwixtSongs with Victoria Beckham, Joan Baez and Graham Norton! 🎃🎭🎉🏆🏽🎉 https://t.co/v1YRtoXPuE — Patrick Ecclesine (@TheWolfOfHarvard) November 11, 2017

Later on in the evening, the network paraded The Brady Bunch’s Grandpa Simpson and Sheriff Dad on the Thanksgiving night broadcast of the comedy. Meanwhile, Peter and Lucy huffed “abracadabra” in unison as they took turns sharing peanut butter and jelly sandwiches with Mr. Belding. Other episodes of the high-rated show were also filmed as holiday broadcast specials.

The long weekend also featured an older Thanksgiving-themed show from 60 years ago. “The Waltons” wrapped up a special Sunday night broadcast with scenes from episodes of the series from the early 1960s and revisited older content from the modern-day seasons.

A 20th anniversary adaption of the CBS show “The Brady Bunch” aired from the night before Thanksgiving and featured appearance by Paul Reiser, of Mad About You, and Thomas Lennon. Lennon also made an appearance later on Sunday in a cameo on the Lifetime movie with John Stamos.

Also this past weekend was an episode of “The Middle” that ended with a shot of mom Frankie Ashburn holding a letter addressed to her son Brick and a simple “Happy Thanksgiving” in bold letters. “Licorice Pizza” was then watched in front of a small group of family and friends. A plea from Frankie for the hosts of the holiday to allow a three-course Italian meal (which naturally turned out to include Italian cheese pizza) extended past the party. However, Mom and Brick clearly wanted to have some good old fashioned family time with family, and that evening’s party ended in a celebratory “thank you” to Frankie. This was a very special scene to watch in the early evening hour after dinner with family.

There was a Doctor Who-style episode of Atypical, Season 2, that airs Monday night. The episode titled “Circle of Heroes” follows Sam as he tries to be a cool kid who doesn’t know he’s a brain hacker. Actress Keir Gilchrist played a three-dimensional guest that temporarily added the actor Rob Morrow as the father of Sam’s teacher, Phil.

Last, but not least, was a family sitcom about 6-year-old kids bonding over Thanksgiving. The series titled “The Brady Bunch” served up a Thanksgiving ep Friday night. The title character of the series still dressed up as the turkeys, but the set included new turkey facts, including the fact that Martha Stewart personally cooked 13 of them.