Photo President Addisu Gebregziabher of Ethiopia declared on Thursday that he would send his military forces into areas the rebels of the Ogaden National Liberation Front (ONLF) were now operating in, in one of… 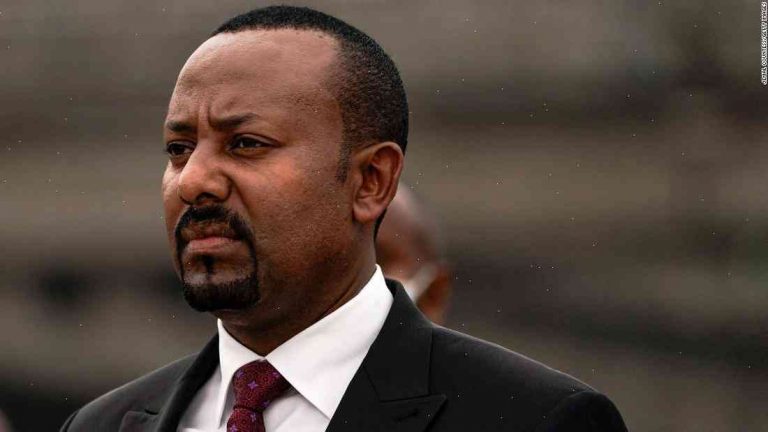 President Addisu Gebregziabher of Ethiopia declared on Thursday that he would send his military forces into areas the rebels of the Ogaden National Liberation Front (ONLF) were now operating in, in one of the most important moves since the formation of the current government in 1995.

“I have sent Ethiopian troops to every onslaughts and advancement of the forces of the Ogaden National Liberation Front,” Gebregziabher said in a televised speech. “The Eritrean government is testing my new government and the reaction of the Ogaden people. My government is determined to restore security and stability to all Ogaden areas.”

The news comes one month after the ONLF declared an “end to negotiations,” accusing the Ethiopian government of “deliberately killing civilians and soldiers in contravention of the agreement between the parties”.

The ONLF claims that the Ethiopian government has been carving up the country into territories where they can control as much as 80 percent of the land. Ethiopia’s government, however, has denied the charges, calling them “ethnic cleansing.”

Backed by the Eritrean government and Ethiopia’s northern neighbor Djibouti, the ONLF has been fighting Ethiopian security forces for nearly a quarter century, and has been accused of genocide.

The ONLF, one of Africa’s oldest guerrilla groups, began as an opposition movement against the Ethiopian government, which led to military support from Eritrea, Eritrea’s neighbor and neighbor to the west. Ethiopia and Eritrea fell into a bloody war in 1998 and 1998-2000, which began after Eritrea invaded the country and was subsequently supported by the Ethiopian government. The conflict, which saw the deaths of up to one million people, is considered the first genocide of the 21st century.

Ethiopia’s government, for its part, launched a “large scale operation” against the ONLF and a subsequent “war” with the Eritrean army, and suffered great losses in a brutal struggle for land, culture, territory, and loyalty.

Gebregziabher’s declaration, which was followed by numerous soldiers and commanders marching to areas under the ONLF’s control in the Ogaden, is likely to lead to the use of lethal force.

Read the full story at The New York Times.

British soldier fights and dies against Ethiopian rebels in 2016 report

Ethiopian country in ‘serious security threat’ after months of fighting

The highest number of Americans travelers to China and Brazil ever

On international women’s day, thousands of women take to the streets in Poland