Japan raises military budget to $16.5 billion as one of the ‘world’s major powers’

WASHINGTON — Japan on Friday doubled its military budget for fiscal 2020 to $16.5 billion, part of an urgent “quadrennial defense review” to ensure the country’s air and sea defenses remain on par with… 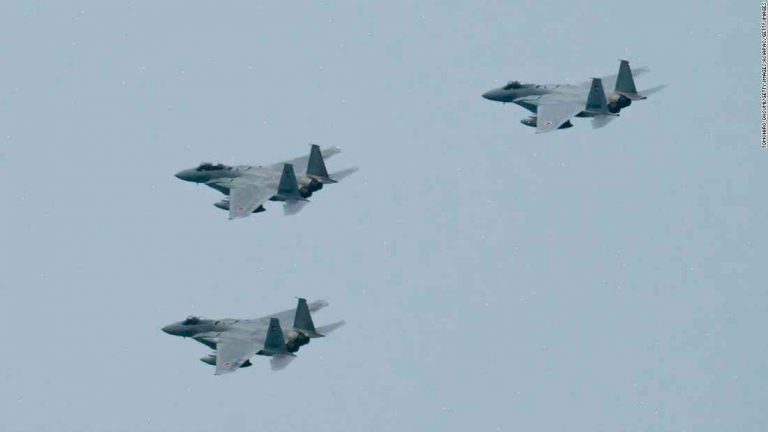 WASHINGTON — Japan on Friday doubled its military budget for fiscal 2020 to $16.5 billion, part of an urgent “quadrennial defense review” to ensure the country’s air and sea defenses remain on par with China, the head of Japan’s Defense Ministry said.

Fukuchima Takayoshi, a retired admiral, said that “if something like the [Supreme People’s Assembly] cannot take a prudent stand on security issues, then we can’t have a future.”

To defend Japan, Takayoshi said it will now need assets such as unmanned aircraft, surveillance drones, and two smaller submarines. He also called for stronger coordination among Japan’s military services and more capabilities in missiles, torpedoes and other weapons.

Takayoshi’s remarks are seen as a positive nod to Prime Minister Shinzo Abe’s efforts to modernize the nation’s armed forces. They represent a high point for Japan’s defense and security initiatives.

After winning elections in December 2012, Abe pushed through legislation that legalizes the acquisition of military capabilities not available to Japan since World War II. Since then, he has pushed for an increase in the number of self-defense-related personnel and the strengthening of Japan’s self-defense umbrella by joining some anti-piracy missions in the Indian Ocean as well as anti-piracy patrols in the South China Sea.

The new budget will boost the Japanese Self-Defense Forces’ budget, an “upward trend” the ministry has been seeing for “quite some time,” Takayoshi said. In 2010, it was $10.3 billion.

“I think the sum of [all the] things I’m saying will be politically challenging,” he said. “I think the main change is that, in the past, we have been limited by the size of our defense budget.”

Takayoshi was critical of China and its handling of its dispute with Japan over contested islands in the East China Sea.

Abe said in October that “self-defense is now the right of self-defense.” He said defense spending is not a matter of if, but rather when, the Self-Defense Forces will grow in accordance with defense needs.

That is not immediately clear, though. The Cabinet last month approved a schedule to raise defense spending each year. To make good on that promise, the budget has to be approved by the Finance Ministry and in three separate votes.

The timing is unclear for the 2020 increase, particularly since a Dec. 23 deadline to pass the 2019 defense budget is quickly approaching. The Ministry of Finance will next review the 2020 proposal in February. Takayoshi suggested that there will be some belt-tightening and pressure on the ministries to shift funds elsewhere, in particular for readiness measures.

Takayoshi said the anti-piracy and anti-piracy patrols at sea will be an especially important element in defense needs in future years. The plan is to work with the United States and to expand it to include five regional nations.